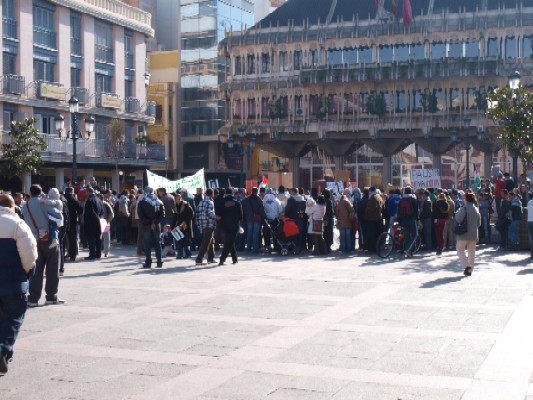 Pardon me if I seem to trivialise the horror unfolding in the Middle East, but it was something of a relief to the tedium of living in Ciudad Real when I saw a rally denouncing Israel in the Plaza Mayor. The chanting was loud, passionate and lasted quite a while; I doubt I would have had the stamina for it.

I won’t get into the rights and wrongs of what’s going on in Gaza; I will leave it to people more informed than myself about the issue to untie what is probably a convoluted moral knot. I’ll just remark that in reporting on the events of the Gaza Strip, one of the Spanish television news programs referred to Israeli missiles as “Jewish missiles”. This led me to think that apologists for Israel who try to tar that country’s critics with the brush of anti-Semitism, might not be wholly wrong in all cases.

Comment posted by Locky 3907 days ago
Hola! I'm looking for an association of support of palestinian people in Ciudad Real, I'm an Erasmus student for the year! Pleaz help me if u have some informations! Thanx see you soon